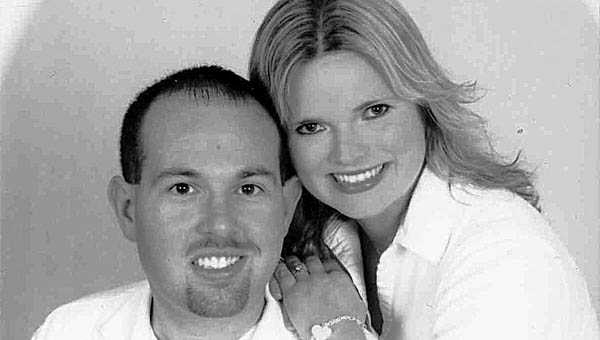 Jack and Donna Nelson of South Point announce the engagement of their daughter, Gara Alison Williams to James Bradley “Brad” Adkins, son of Jimmie and Brenda Adkins of Chesapeake.

Gara is the granddaughter of the late Bill and Paulena Williams of Willow Wood, and the late Jack Nelson Sr., of South Point and the late Norma Nelson of Ironton.

The bride-elect is a 2002 graduate of South Point High School. She earned a bachelor of arts in mathematics education and a master of arts in library media from Marshall University. She is currently employed by Ironton City Schools in Ironton.

The groom-elect is a 2002 graduate of Chesapeake High School. He earned a bachelor of science in health administration from Ohio University. He is currently employed by Big Sandy Superstore in Ashland, Ky.

The couple plans to wed July 9, 2011, in South Point. Invitations will be sent.