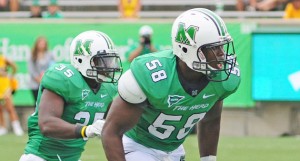 Former South Point lineman Jeremiah Taylor (58) was named one of two Marshall Thundering Herd football captains on Sunday. Taylor was the only junior among the five players selected on offense and defense. (The Ironton Tribune / Kent Sanborn of Southern Ohio Sports Photos)

That measure of respect was solidified Sunday when he was named one of five Marshall Thundering Herd football team captains and the only junior among the quintet.

The 6-foot-4, 259-pound Taylor — who played at South Point — is a two-year letterman and started last season. He joins senior linebacker Devin Arrington (6-3, 210) as the defensive captains. Arrington is a red-shirt senior.

Taylor played in all 13 games last season and started 12. He recorded 45 tackles including 17 unassisted stops. He had 7.5 tackles for a loss, 3.5 quarterback sacks, 11 quarterback hurries and recovered a fumble. 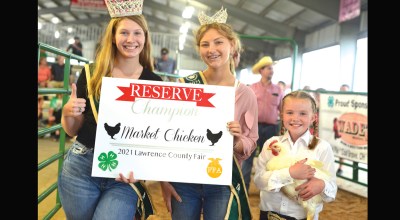 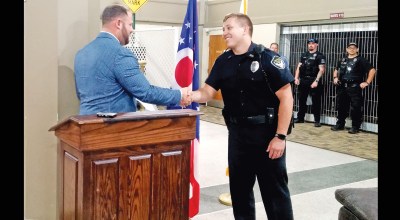