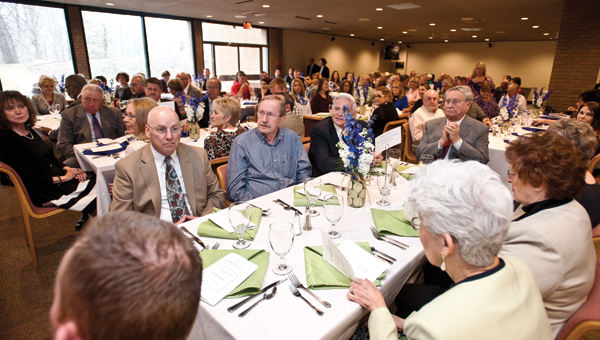 ASHLAND, Ky. — Ashland Mayor Chuck Charles is the latest name to be added to the list of Leadership Tri-State’s Community Service Award winners.

“I’m very humbled by this,” Charles said. “When you look at the other names that are on the list, I just can’t believe that my name is now on it.”

Leadership Tri-State, a non-profit community educational program that was formed in 1989, recognizes some of the region’s leaders for work that they have all done throughout their careers. Leadership Tri-State participants are selected from southern Ohio, eastern Kentucky and western West Virginia and each must be dedicated to enthusiastic participation in the program and have a record of community involvement.

“For the community service award each year, we try to honor someone that embodies the entire Tri-State,” Viviane Vallence, Leadership Tri-State chairperson, said. “We could not think of a more deserving honoree than Chuck Charles.”

Charles has held many positions throughout his career including law enforcement in the Washington D.C. area, national marketing director of the Jesse Stuart Foundation, executive Director of the King’s Daughters Health Foundation, a non-profit philantrophy of King’s Daughters Medical Center, vice president of retail at Town Square Bank and vice president and chief development officer of Our Lady of Bellefonte Hospital.

He is also a member and past president of the Ashland Breakfast Kiwanis Club, Ashland Rotary Club and Ashland Area Business Boosters, past president of Morehead State University’s Alumni Association and Tri-State Alumni Chapter, past board member and president of the Ashland Area YMCA, board member of the Paramount Arts Center, Boyd County Community Education Advisory Council, chair of the Morehead State University Ashland Extended Campus Advisory Board, member of the 2003 Class of Leadership Kentucky and from 1998-2012, President of Summer Motion, Inc.

Charles was elected mayor of Ashland on a four-year term in 2012.

“This really motivates me to work even harder for the community,” Charles said. “I want to live up to the expectations and they’ve challenged me to do so.”