4-Hers show goats at fair 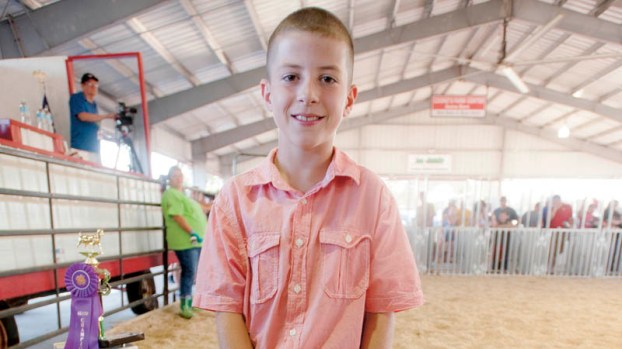 4-Hers compete in market goats event

ROME TOWNSHIP — The sounds of “baaahs” echoed throughout the main arena of the Lawrence County Fairgrounds on Monday.

Young farmers brought their animals out to be judged for the market goats competition.

Each weight class entered the arena, walking their goats around the area, then holding them for inspection by the judges. The animals were all relatively young and entries had to be born in December 2015 or later.

Participants could enter animals into two classes, as Mackenzie Klaiber, or Ironton did. She placed first in both of her competitions and ended up with two ranking in the final drive.

It was her first year participating and she ended up placing fourth in one her classes.

The grand champion of the competition was Devin Litteral, 11, of Symmes Valley, who also came in first in the weight class he participated in, an impressive accomplishment for a newbie to the competition.

The reserve champion was Savannah Martin, 11, of Symmes Valley, who was participating in the competition for the second time.

“I also came in first in my weight class,” she said.

Following Litteral and Martin, the winners of the final drive were: