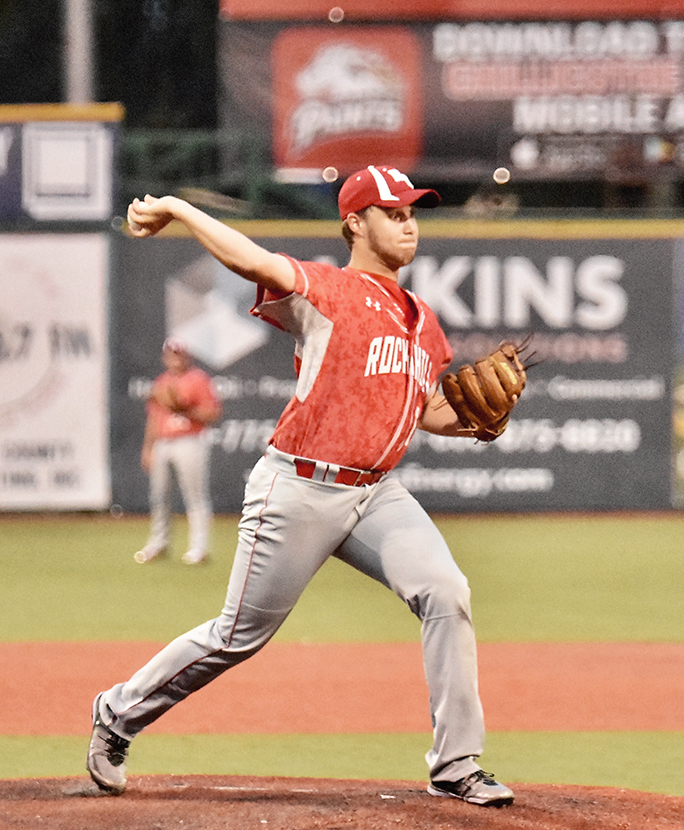 CHILLICOTHE — In a pitcher’s duel, it usually only takes one mistake to determine the outcome.
The mistake was by Portsmouth West and came in the bottom of the ninth inning as the Rock Hill Redmen won 1-0 in the Division III district semifinals on Thursday.
Rock Hill (17-2) will play Minford at 11 a.m. Saturday in the district finals at Paint Stadium.
Minford edged Crooksville 3-2 in eight innings in the first game on Thursday.
Rock Hill scored the winning run thanks to a throwing error.
It was the only error of the game.
“It was a pitcher’s duel. Both pitchers were dealing and we were able to take advantage of their one error,” said Redmen coach Barry Litteral.
“It was a quick game. A lot of the time it was three up and three down for both teams. Logan got us a big hit and we were able to get the bunt down.”
Logan Hankins started the ninth inning with a single and Kaden France put down a sacrifice bunt. But the throw to first base to retire Kidd sailed down the right-field line and Hankins came all the way around the bases to score.
“Hankins didn’t stop. He just kept going. He wasn’t stopping for anything or anybody,” said Litteral.
Cody Lewis was the benefactor of the one-run win. Lewis — who threw 115 pitches — allowed only two hits as he went the distance, struck out eight and walked two.
The tough-luck loser was Drew Cassidy who came on in the ninth to relieve Marty Knittel who gave up four hits in eight innings.
Prts. West 000 000 000 = 0 2 1
Rock Hill 000 000 001 = 1 5 0
No outs when the winning run scored.
Marty Knittel, Drew Cassidy and Cade Powell. Cody Lewis and Kaleb Kidd. W-Lewis (K-8, BB-2). L-Cassidy. Hitting-PW: Drew Cassidy 1-4, Cade McNeil 1-2; RH: Jake Blagg 1-4, Cody Lewis 1-4, Logan Hankins 1-3, Jaret Bacorn 1-3, Kyle Stanfield 1-3.