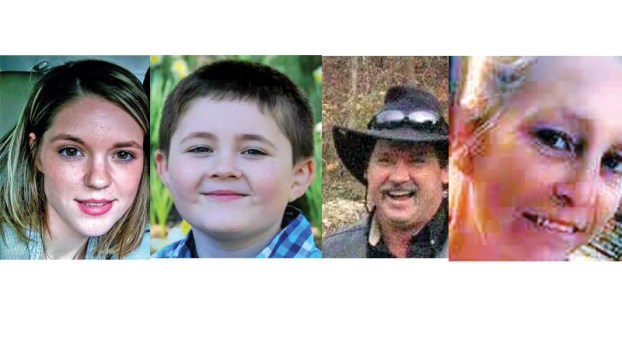 Jury selection to begin in capital case in January

On Oct. 11 of last year, sheriff’s deputies were called to a residence at 15497 State Route 93, where they found the bodies of Tammie McGuire, 43, her husband, Donald McGuire, 50, and her daughter, Stacey Jackson Holston, 25.

At first, a missing person announcement was issued for Jackson’s 8-year-old son, Devin Holston, a student at Rock Hill Elementary, but the boy’s body was found in the residence early the next morning.

All four victims had wounds from a shotgun, police said.

Devin’s father, Todd Holston, was stabbed and beaten, allegedly by Lawson in a scuffle after returning to the home, but escaped the residence. He went a neighbor’s home, along with his two-year-old son, Braxton, who was unharmed.

The search for Lawson left the community on edge for two days, resulting in multiple schools closing classes while authorities combed the woods.

Lawrence County Prosecutor Brigham Anderson told The Tribune on Tuesday that jury selection in Lawson’s case will begin Jan. 30, and the trial is scheduled to run until March 1.

After jurors are selected, the trial will likely start around the middle of the first week of February and run until around March 1.

Anderson has said that the prosecution will seek the death penalty in the case.