Blueprint for the future: ODOT seeking feedback on long-term… 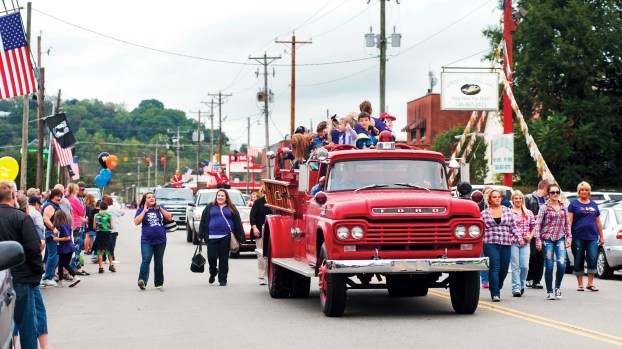 CHESAPEAKE — Octoberfest is set to return to the village of Chesapeake on Saturday.

The event, which runs from 9 a.m.-4 p.m. in Triangle Park, is free and open to the public with 57 booths from vendors and organizations, as well as food and music.

Pam Hollar, vice president of the Chesapeake Area Citizens Coalition, who organizes the event, said it is the 23rd year for the festivities.

She said music will include gospel, country and southern rock acts, while food vendors will include Shorty’s Bar-B-Q and steak sandwiches by Aaron Jackson.

New this year will be shuttle rides every 15 minutes from the Hall-Schneider Funeral Home lot.

“That way, people don’t have to worry about parking at the park,” Hollar said.

There will be a break in events at about 11 a.m., when the annual fire prevention parade will take place, she said.

Inflatables will be set up and wristbands can be purchased for children to enjoy them all day. Cost will be $5 for the first child, $3 for the second and $2 for the third. The maximum charge will be $10 for all groups of children, Hollar said.

She said the Boy Scouts will also have a shooting range set up, while there will be a booth from Magic Mirror, which will have costumed characters for photo opportunities.

Hollar said she expects a strong turnout, as long as the weather cooperates.

She said the event is a community effort, right down to the clean up, with CSI handling those duties each year at no charge.

“They take care of everything,” she said.