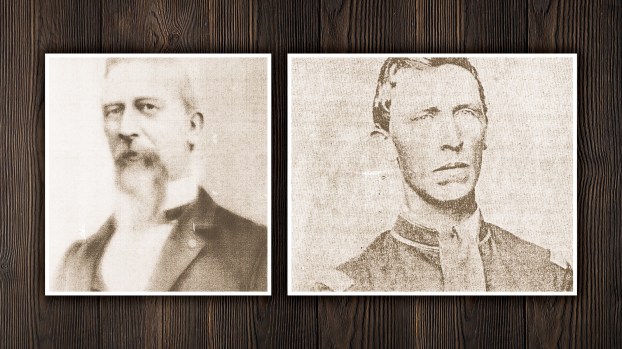 “He was an important person in the history of Ironton, because he was a Civil War veteran,” he said. “He helped make Ironton what it is.”

In one of his portraits, he can be seen wearing a Maltese cross badge, similar to that worn by Gen. George Armstrong Custer, best known for the Battle of the Little Bighorn.

Corns fought with him at the Battle of Sailor’s Creek as part of the Appomattox Campaign of the Civil War’s final days.

He shared the details of many of his narrow escapes in an interview with the Ironton Register in 1886.

He was the son of William and Emma Corns, of Monmouthshire, Wales. The couple died in Caldwell County, Kentucky.

He was first married to Marenia Starlin on April 1, 1859 in Lawrence County and they had one son, Abram, who was born in 1860.

His first wife died sometime after the son’s birth and he married Mary Cooper, with whom he had another son, Harry C. Corns. Mary died in childbirth.

Corns died May 9, 1907 in Ironton and is buried, along with many of his family members, in Section 8 at Woodland Cemetery.