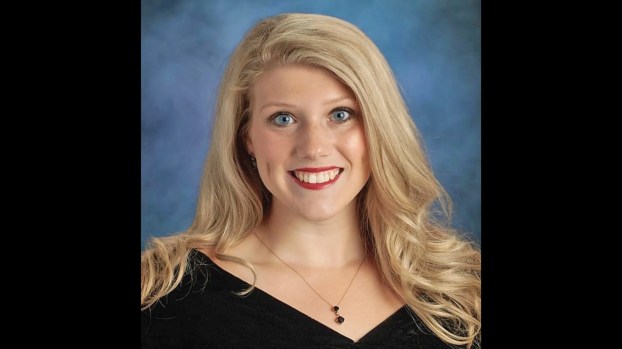 Ohio ESC recognizes one student from each county for honor

ROME TOWNSHIP — The top student in Fairland High School’s class was honored by the state of Ohio this week as one of its top scholars.

Hollissa Leep is the daughter of Rusty Leep and Shawna Leep, a teacher at neighboring Fairland West Elementary.

On May 12, the Ohio Educational Service Center Association recognized 84 of Ohio’s top students from across the state during the 31st Annual Franklin B. Walter All-Scholastic Awards Program.

The awards program, named in honor of Ohio’s 31st state superintendent of public instruction, Franklin B. Walter, was established in 1989 by OESCA to promote and recognize outstanding student leaders for their academic achievement and service to their schools and communities. One senior from each county in Ohio was eligible to receive this annual honor.

It was another accomplishment for Leep, who was also named as WSAZ’s Best of the Class for the school and was the recipient of the National Wendy’s High School Heisman award.

Among her accomplishments as a student was winning the Lawrence County Spelling Bee in 2015 as a seventh grader. She went on to compete at the regional bee in Athens that year, coming in second place. The following year, she was runner-up at the county bee and competed again at the regional bee. 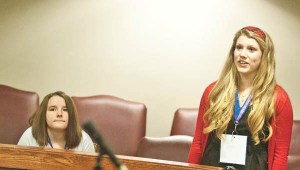 Hollissa Leep, right, as a seventh grader, was the 2015 Lawrence County Spelling Bee champion and won second place that year at the regional bee in Athens. A graduating senior at Fairland High School, she was named this week as Lawrence County’s honoree in the 31st Annual Franklin B. Walter All-Scholastic Awards Program. (The Ironton Tribune | Jessica St. James)

A cheerleader in middle and high school, she served as captain this year for the Fairland team when they went to the 2020 UCA National High School Cheerleading Championship in Orlando, Florida and placed fourth in the nation. 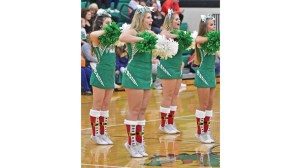 Hollissa Leep, second from left, served as captain of her school’s cheerleading team who placed fourth in the nation in the 2020 UCA National High School Cheerleading Championship in Orlando, Florida in February. (Kent Sanborn | For The Ironton Tribune)

Leep will attend Otterbein University, majoring in molecular biology, and has been accepted to their Early Admission to Medical School Program. She hopes to establish a practice as a dermatologist.

She said she applied for the award back in February and was required to list her community service, extracurricular activities and write an essay. She was notified in April that she was being honored.

The Lawrence County ESC congratulated her on the achievement.

“This is a prestigious award given to the top student of each county in Ohio,” they said in a Facebook post. Again, congratulations, Hollissa Leep!”

Due to the COVID-19 pandemic this year’s event was held virtually through two-way interactive video and live streamed on the Association’s YouTube Channel. Lt. Gov. Jon Husted delivered the keynote address for the event.