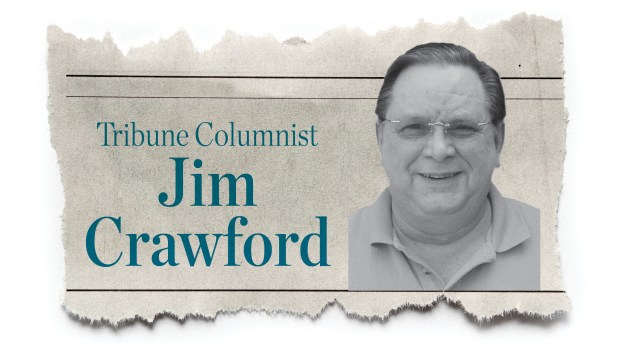 Jim Crawford: Is the party over?

The Trump presidency is certainly over. It ended in Layfette Park.

Polling numbers have recently fallen below 40 percent for President Donald Trump, numbers where presidencies die for lack of voters.

Worse still, in a new USA Today/Ipsos poll out this week, Trump is rated as the least likely, among seven choices, to protect justice and support equal treatment for people of all races. Imagine that, the president of the United States the least likely to protect constitutional rights? That really is what is called the bottom of the barrel.

But what can you expect when the president uses rubber bullets and tear gas on peacefully protesting citizens and wants nothing more than to call out our military to quell peaceful protests nationwide?

What can you expect the public to think of a president who says a 75-year-old man “faked” falling, bleeding and being in critical condition from a policeman’s unnecessary push?

What more can you expect of a public stunned at a president challenging the 1st Amendment rights of the free press by suing CNN for publishing a poll that shows Trump trailing the Democrat, Joe Biden, by 14 points?

The president of the United States has, through his campaign, sued a news organization for reporting polling results unfavorable to him. Can there be a more blatant insult to free speech than this? Or a more autocratic example of a president who disrespects the law and the constitution?

This presidency is over and most of the Republican Senate knows that and needs to decide if they want to lose their majority following Trump into oblivion or if they want to use their last few months before the voters ravage the party to do something to leave with some shred of decency?

Republican senators, you have this chance to do something good, something right, today.

The House will send you a bill to begin to limit policing abuses, to offer all Americans federal protection from police excess.

That bill will include one crucial component, one legislative necessity to end criminal cops from being above the law. That item is called “limited immunity,” and that must be revoked if criminal cops are ever to be convicted of their crimes. To not undo that provision is to leave the police above the law for virtually any crime they commit.

President Trump has promised to veto any bill that contains a provision to end police limited immunity.

You must do the right thing and pass the bill, without change, including forbidding chokeholds and warrantless forced entry, and, most importantly, ending limited immunity.

You need to pass the bill with a veto-proof majority. It is the right thing to do, and, while it will not allow you to keep your majority (likely nothing will do that), it will perhaps demonstrate that you can act apart from the man who has effectively destroyed your political party for a generation.

Senators, no one can undo your subservience to this president, becoming little more than servants awaiting “Great Leader’s” orders.

No one can help you escape your failures to protect congressional oversight. No one can change that you looked away when Trump showed mental lapses, like suggesting injecting disinfectant or shining light inside our bodies.

You have made your fate, and that fate is tied to the incompetent president. But you do have the chance to do the right thing, to protect all Americans from police who are above the law, who are never convicted of the murders they have committed and will commit in the future without ending limited immunity.

Your real question now is — “is the Republican Party over for a decade or more?”