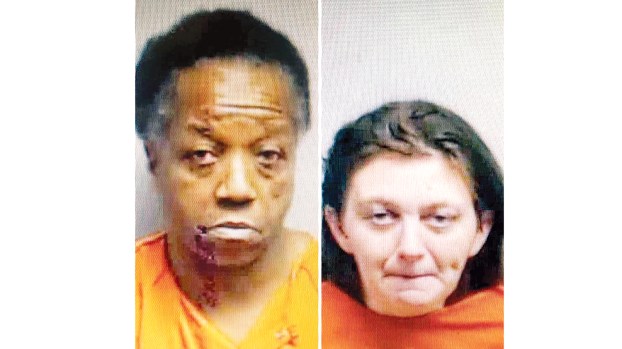 SOUTH POINT — Two people were arrested on Thursday morning after a months-long investigation into drug trafficking.

The warrant was issued after a several month-long investigation by drug task force investigators after fentanyl/heroin was purchased in the presence of a juvenile from room 326 at the hotel.
During the warrant, investigators located and arrested James Williams, 45, and Meahgan Russell, 35. Both had been staying at the Country Heart Hotel.

Both were charged with third-degree felony trafficking in a fentanyl-related compound.

During the investigation, officers seized a large sum of cash, drugs, scales and drug-related paraphernalia.

Lawrence County prosecutor Brigham Anderson said in a Facebook post that additional felony charges will be presented to a grand jury.

“In recent weeks, our area has experienced several drug related overdoses” Anderson said. “The task force will continue to target those involved in drug trafficking.”

The public is encouraged to contact the Lawrence Drug & Major Crimes Task Force to report drug activity at 740-534-5830.