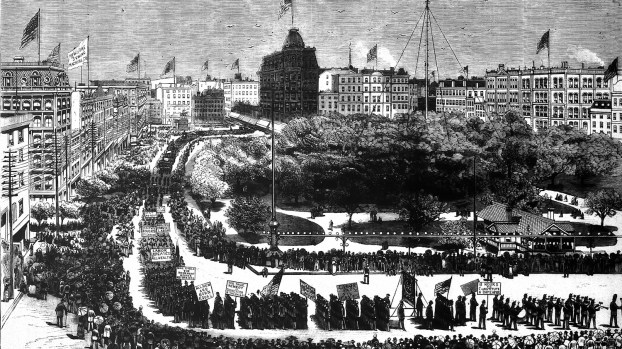 “The American Labor Movement has consistently demonstrated its devotion to the public interest. It is, and has been, good for all America.”
— John F. Kennedy

“Only a fool would try to deprive working men and women of the right to join the union of their choice.”
— Dwight Eisenhower

“Every advance in this half-century–Social Security, civil rights, Medicare, aid to education, one after another–came with the support and leadership of American Labor.”
— Jimmy Carter

“The labor movement was the principal force that transformed misery and despair into hope and progress.”
— Dr. Martin Luther King Jr.

“I look back at history, and some of the worst governments we’ve ever had, you know one of the first things they ever did? They went after the trade unions.”
— Sherrod Brown

“Join the union, girls, and together say, ‘Equal pay for equal work.’”
— Susan B. Anthony

“It is one of the characteristics of a free and democratic nation that it have free and independent labor unions.”
— Franklin Delano Roosevelt

“The strongest bond of human sympathy outside the family relation should be one uniting working people of all nations and tongues and kindreds.”
— Abraham Lincoln

“If you are making a decent salary in a non-union company, you owe that to the unions. One thing that corporations do not do is give out money out of the goodness of their hearts.”
— Molly Ivins