Jase Graves: Walk away from COVID-19 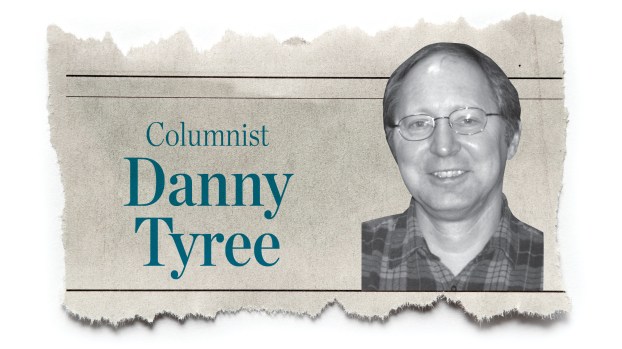 My son Gideon has now finished both his ACT and SAT college entrance exams (scoring at an impressive percentile somewhere between “It’s …it’s…go ask my wife” and “Never you MIND what his father’s score was”), but I wonder if the tests will still be relevant when HIS hypothetical kids reach college age.

Hundreds of colleges dropped mandatory test scores this year because of COVID-19 disruptions, but standardized tests were already falling out of favor with admissions officers long before the virus arrived. According to the Wall Street Journal, more than 60 percent of four-year schools in the U.S. have made test scores optional – giving more weight to GPA, extracurricular activities, teacher recommendations (“I really envy the professors who will have Jasmine in class – but not envy in the stalker-ish way…probably”) and socioeconomic adversity.

This derails a nearly century-long tradition of standardized tests being the gold standard for gaining entrance to your dream school. The SAT launched in 1926, when Prohibition-era hooch was potent enough to make those raccoon-skin coats look cool. Even the late-to-the-party ACT started the year before I was born! I’m surprised that in 2020 the first multiple-choice question isn’t “What is the best way to ace this test, kids? (a) get off my lawn; (b) turn down that music; (c) pull your pants up; or (d) all of the above?”

Multiple factors have chipped away at the dependence on standardized tests. Reformers point out that the modern emphasis on coaching for tests distorts two years of a student’s life. Yes, we took the tests seriously when I was a student, but there was considerably less pressure – partly because we weren’t inundated with today’s RESOURCES. (“We have some lovely study guides for you, but first, the shop class will have to extricate Mrs. Swanson from the mimeograph machine. Dynomite!”)

Nowadays, it’s Stress City. Instead of just bugging the cafeteria lady, college-bound students make a concerted effort to determine the rank of mystery meat on the periodic table. No matter how short the skirts, the main emphasis of pep rallies is calculating the angles of the human pyramid. Public displays of affection are now less about tonsil hockey and more about clutching the thesaurus. (“My precious! My precious!”)

Level-playing-field proponents point out that affluent school districts have an unfair advantage at placing students in prestigious universities. And wealthy parents display a tendency to game the system by hiring tutors, paying someone else to take the test, bribing proctors or getting Newton’s hard-to-remember laws of physics changed. (“Hey, if you’ve got more MONEY than God, you might as well try playing God.”)

(…) I hope mollycoddling mania doesn’t cause problems if any of my hypothetical grandchildren become optometrists.