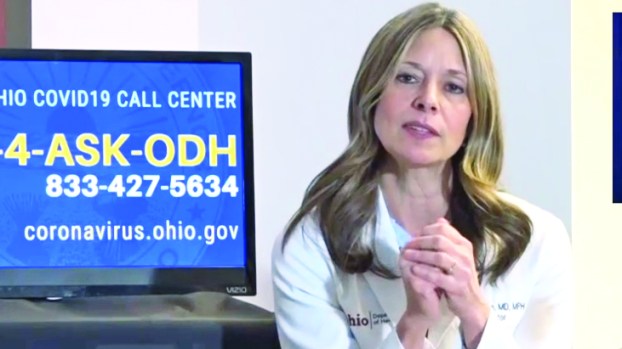 Ohio Department of Health Director Amy Acton speaks at a news conference on the coronavirus pandemic in Columbus in April 2020. (Screengrab)

COLUMBUS — Former Ohio Department of Health director Amy Acton has decided against a run for U.S. Senate in 2022.

Acton, a Democrat, had announced earlier this year that she was weighing a run for the seat being vacated by Republican Rob Portman, who is retiring when his current term ends.

“It has been a tremendous honor to be asked to consider a run for the U.S. Senate,” Acton said in a statement on Tuesday. “Like many of you, I have a profound reverence for the office and for those who have answered the calling to public service. As such, I have given it my most thoughtful and deliberate consideration.”

Acton said she was grateful for the support and expressed her “heartfelt appreciation to all who have worked quietly behind the scenes to help me consider this path.”

“While I am not entering the race for U.S. Senate, I recognize there is a genuine longing for a fresh approach to leadership that is honest, collaborative, and empowering,” she said. “Ohioans — do not accept anything less from your elected officials. Our leaders’ words and actions matter. We must set the bar higher.”

Acton asked Ohioans “in the wake of the economic, racial, and health crises of 2020,” to consider “What kind of nation do we aspire to co-create?”

“Ohioans, it has been my privilege to witness your courage, determination, and resiliency. And your heartfelt compassion,” she said. “Don’t stop now. The leader we all wish we had is YOU. In all walks of civic life, we will demand equality of voice and representation. We will empower our citizens to vote and participate in community institutions by breaking down the barriers that block them. And we will build bridges across our differences and divides. We will inspire a culture of commitment to one another. Together, may we act on kindness, not fear. Love, not hate.”

Acton, who served under Republican Gov. Mike DeWine as health director, earned national acclaim for her actions in the early months of the COVID-19 pandemic in the state. She resigned from the position last summer.

Several Republicans have announced for the 2022 campaign, while no Democrats have declared a candidacy, though U.S. Rep. Tim Ryan, D-Ohio, is widely expected to announce his candidacy for the seat.