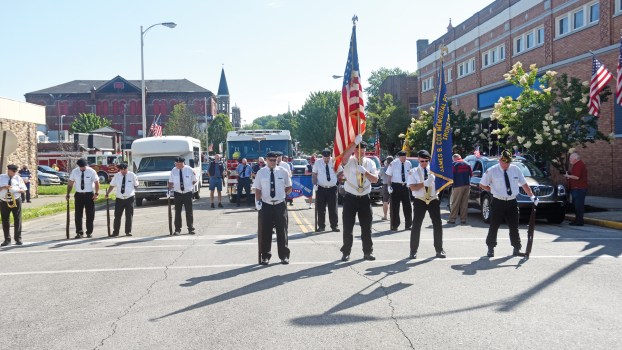 Organizers are working with local health officials towards a full return of a full Ironton-Lawrence County Memorial Day Parade this year. (The Ironton Tribune | Heath Harrison)

Organizers of this year’s Ironton-Lawrence County Memorial Day Parade say they are still working toward a full return of the event next year.

“We are going ahead and planning for it,” Lou Pyles of the parade committee, who will serve as this year’s grand marshal, said. “Because of the size it’s not something we can do in a few weeks.”

Last year’s event was significantly scaled down and held without spectators, while livestreamed to the public, keeping the event’s claim as the longest continuous Memorial Day parade in the nation.

Pyles said organizers will be talking with both the county and state health departments as Memorial Day draws closer and, if necessary, they would downscale if things are not safe.

“But, hopefully, we won’t have to,” she said. “A lot of people are looking forward to it.”

She said that people can wear masks and social distance more easily for the event due to it being outside.

Pyles said that with vaccinations becoming more widespread, they are optimistic that plans will not have to be changed.

“I’ve had both of mine and a lot of people have,” she said.

Gov. Mike DeWine has said health orders such as a mask mandate will be lifted when COVID-19 cases drop to 50 per 100,000 people.

On Monday, the state announced simplified restrictions on outdoor events, which would no longer limit the size of such events.

But it calls for attendees to stay separated in groups of 10 or fewer while continuing the mask requirements. 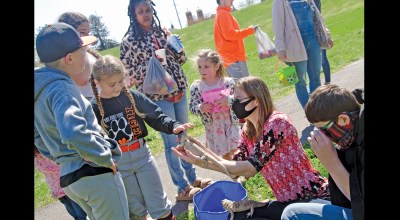