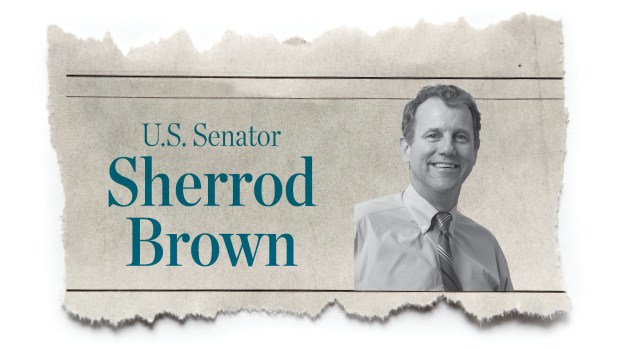 Decades after we learned of the dangers of lead exposure, too many children in Ohio continue to be poisoned by the homes they live in and the water they drink.

In 2018, more than 3,800 Ohio kids tested positive for lead levels. And we know the real number of children exposed is likely much higher – many children who are at-risk of lead poisoning never get tested. Sadly, many Ohio families learn only that their children have been exposed to toxic levels of lead after they begin to experience symptoms.

Early detection is key to getting kids the treatment they need to avoid the worst long-term health outcomes. Lead poisoning is a serious health threat for children that can lead to decreased cognitive performance, weight loss and delayed growth. And children under age six are at the greatest risk.

That’s why I joined a bipartisan group of my colleagues, including Senator Portman, to introduce the Preventing Lead Poisoning Act. This legislation would ensure children enrolled in Medicaid or the Children’s Health Insurance Program are tested for lead poisoning. Right now, only 38 percent of kids on Medicaid receive their required lead screening tests.

Not only does testing ensure that children get the follow-up care they need, it also helps us identify and remove lead hazards where we find them. The best way to protect our kids is to prevent lead poisoning before it happens.

According to the Ohio Housing Finance Agency, more than two-thirds of homes in Ohio are old enough to contain at least some lead-based paint. And we all know the dangers of lead pipes. Ohioans remember the crisis in Sebring a few years ago, when families worried their drinking water was unsafe and the city spent tens of thousands of dollars on bottled water for residents.

We need a transformative infrastructure investment that puts Ohioans to work replacing lead pipes and doing lead mitigation in homes. It will create jobs, and it will protect kids’ health. No parent should have to worry that their children are being poisoned by their home or their drinking water.

Sherrod Brown is a Democrat and the senior U.S. senator representing Ohio. His office can be reached at 212-224-2315.