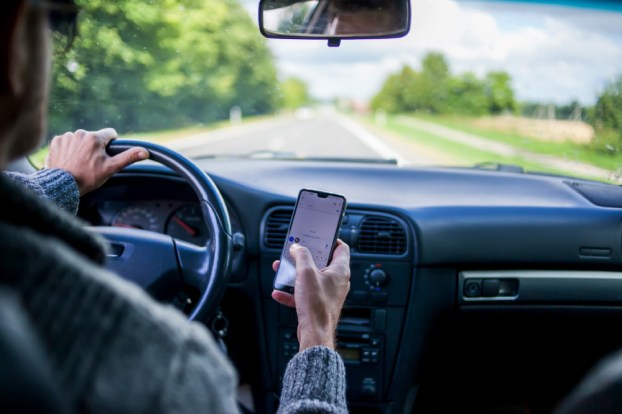 COLUMBUS (AP) — A new state highway patrol website provides details about distracted driving in Ohio in the latest effort to reduce the number of crashes and fatalities attributed to not paying attention while driving, usually because of a focus on electronic devices like cell phones.

The patrol’s new Distracted Driving Dashboard provides information on crashes and citations statewide and on the county level, including statistics on specific routes. In the past 12 months, for example, U.S. Route 20 and Interstate 75 tied at 107 for the most property damage crashes linked to distracted driving, while Interstate 75 and U.S. Route 42 tied at four for crashes with serious injuries.

“Right now, cars are safer than ever thanks to enhanced vehicle technology, but the roads are still as dangerous as ever because many drivers are increasingly distracted by cell phones,” said Gov. Mike DeWine.

In the General Assembly, a pending House bill would outlaw holding a cell phone or other electronic device while driving in Ohio.