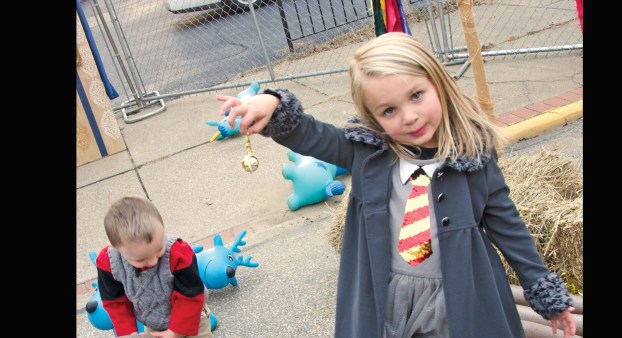 Finley Lovell, 5, and Rowan Lovell, 2, of Columbus, play in the children’s area at Wizardfest in 2019. (The Ironton Tribune | Heath Harrison) 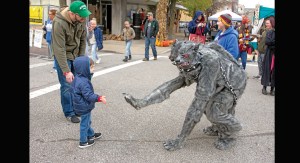 A young boy interacts with Fluffy, the three-headed dog from “Harry Potter and the Sorcerer’s Stone,” on the streets of downtown Ironton during Wizardfest in 2019. (The Ironton Tribune | Mark Shaffer)

After an absence last year, Ironton Wizardfest will make a comeback this fall.

Organizer Brad Bear said this year’s festival is set for Nov. 13-14 and tickets will go on sale today.

The festival, themed around the Harry Potter novels by J. K. Rowling, will return in full, again featuring attractions such as a cosplay contest, live animals from the BARKer Farm and Dr. Des Covery, vendors, an escape room and the wizard pub. 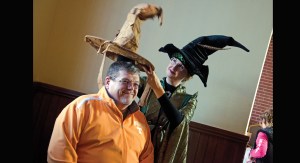 The Briggs Lawrence County Public Library had a Sorting Ceremony at the 2018 Wizardfest in Ironton. (The Ironton Tribune | Heath Harrison)

Bear said the annual wizard’s ball will again take place, with this year’s them being a dance party/club night.

He said the Ohio, Kentucky, Indiana LEGO Users Group with expanded Potter-themed displays. At the last Wizardfest, the group set up in the Ironton City Center and their large builds were a popular draw.

Bear said events will take place in the Ro-Na theater, as well as in venues and outdoors along Third and Vernon streets.

“It will be two days of crazy fun celebrating the Boy Who Lived,” Bear said.

Tickets can be purchased at www.irontonwizardfest.com. 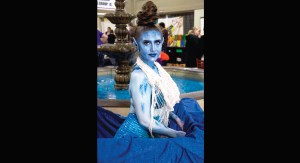 Sydney Stewart, portraying one of the merfolk, greets visitors from her photo booth at the entrance to the Ironton Center Center at Wizardfest in 2019. (The Ironton Tribune | Heath Harrison)

Bear said more details of the schedule will be announced at a later date.

This will be the third year for Wizardfest, which typically draws thousands to downtown. Last year’s festival was called off due to the COVID-19 pandemic and restrictions on crowd events. 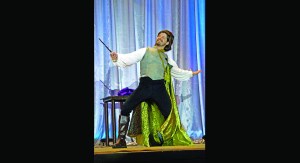 A Wizardfest participant, portraying “Gilderoy Lockhart,” leads a course in wand dueling at the Ro-Na Theater in 2019. (The Ironton Tribune | Heath Harrison)