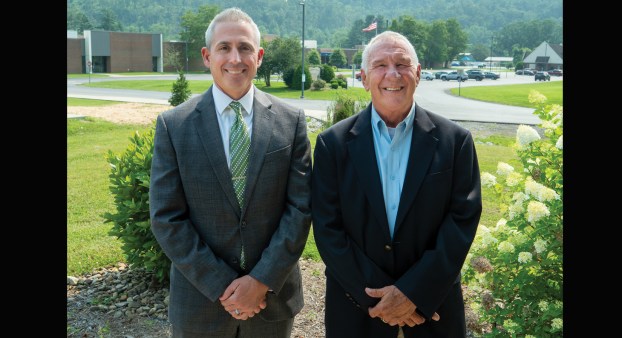 Retiring Collins Career Technical Center superintendent Steve Dodgion, with his incoming successor, Adam Pittis. This week marked Dodgion’s last on the job at the school, after more than four decades in education. Pittis will take over the position on Monday. (Submitted photo)

GETAWAY — Today is Steve Dodgion’s last official day as superintendent at Collins Career Technical Center and faculty are hailing their longtime head as a visionary who helped to grow the school into a leading educational institution in Ohio.

Dodgion, a lifelong Lawrence County resident, is wrapping up his 47th year in education, having started as a teacher at Rock Hill schools. He has spent all but five those at CCTC, joining in its second year in operation, when it was known as the Lawrence County Joint Vocational School, as assistant superintendent in post-secondary education, before serving 19 years as superintendent.

Dodgion reflected on his time at CCTC in an interview with The Ironton Tribune on Wednesday.

“There have been been major accomplishments at every level,” he said, praising the school’s “Very effective workforce.”

“I’m very proud we could build adult education at Collins,” he said.

One of those he is most proud of is the launch of Project Lead the Way STEM courses through the school 14 years ago. CCTC works with students in all but one of the county’s school districts for the curriculum, which offers hands-on learning in the science, technology, engineering and medical fields.

“It focuses on problem-based learning,” Dodgion said, noting the school was one of the first in the state to offer it. “It was a seven to eight-year process bringing it here.”

Matt Monteville, who has worked with Dodgion for 21 years, is satellite coordinator for Project Lead the Way. He praised Dodgion for being ahead of the curve on STEM learning, which has now taken off in popularity nationwide.

“Steve really is a visionary leader,” he said. “It was his idea to bring Project Lead the Way into the county when a lot of people didn’t think it would work.”

Monteville points out that CCTC serves more students than any other career center in Ohio and said Dodgion was “never afraid to try new things.”

“He has really touched the lives of thousands of citizens in Lawrence County and really helped them to develop a career and raise a family,” Monteville said. “And he was a really good friend and mentor to me.”

Dodgion said STEM opportunities will be expanding at CCTC in the fall with the addition of aviation to the Project Lead the Way curriculum.

This will be a partnership with an airplane mechanic school, set to open at Tri-State Airport in Huntington, West Virginia in 2022 and a pilot school, planned for Yeager Airport in Charleston.

“Our students will be able to get a head start on those,” he said. 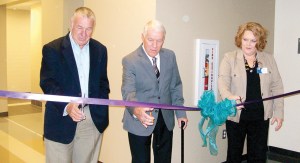 Dodgion also cited the addition of nursing classes at CCTC as a major advance for the school, which was the first career center in the state to offer an LPN and RN program.

Dick Sketel, the school’s treasurer who has worked with Dodgion for 13 years, said the nursing program was a result of the superintendents vision and being “a big picture man.”

“He’s developed so many health programs and, with this area, that’s where people are going to find jobs,” Sketel said.

As an example, he pointed out that the school was just approved for a paramedic-to-RN program.

“Where the future is headed is going to be in health care and that program is his legacy,” Sketel said.

Dodgion said one of the biggest challenges during his time at the school was funding.

“We’re a poor county with no tax base and most of our money comes from the sate,” he said.

Sketel said he had a great working relationship with Dodgion and the two agreed on the approach to “run the school like a business.”

“That gave us better control over finances,” Sketel said. “Steve was good to work for and we talked daily.

If we had to buy something significant, I would let him know.”

He said that this extended to when tough decisions, like personnel cuts had to be made.

“I always took the approach to keep him informed,” Sketel said. “I didn’t want there to ever be surprises. We had a great relationship.” 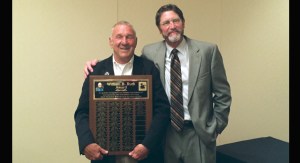 Dodgion said that none of CCTC’s accomplishments could have happened were it not for its “very effective workforce,” which numbers about 140 employees between its two campuses and satellite schools.

“I’m going to miss the people I worked with,” he said. “The school is blessed with people from all over the Tri-State. It’s been a great experience.”

Post-secondary administrator Chris Leese worked with Dodgion for 22 years and said he has been “my only boss” in his time at the school.

“I’m going to miss him — he is the one who gave me that opportunity,” Leese said. “He’s done so much — especially how he’s continued to grow Collins and made it a staple in Ohio. Everywhere we go, everybody knows who we are.”

Dodgion said his biggest challenge in his tenure came in his last two years on the job, with the COVID-19 pandemic drastically affecting how the school could operate.

In person classes in Ohio were first closed, due to health orders from Gov. Mike DeWine in spring 2020.

When schools reopened, many changes had to be made to adhere to health and safety guidelines.

“Keeping our kids safe was our priority in every choice we made,” Dodgion said. “And our faculty really stepped up to the challenge.”

One thing that has not been an obstacle, Dodgion said, is finding jobs for CCTC graduates.

“We have the best climate for students graduating,” he said. “Employers are beating down our door, wanting our seniors. You’d be surprised how many kids go out and immediately go to work.”

Dodgion said that they have partnered with the local business community and “made efforts to have programs to find employment here.”

Lawrence County Commission president DeAnna Holliday said Dodgion has been “a great partner for anything benefitting the county.’

“As superintendent at Collins, he was always there,” she said. “He partnered with Project First Impression and has worked in every school district on projects with kids. His love of his kids has shown through the activities he has been involved in.”

Holliday also cited the public service projects, such as building handicapped-accessible ramps for buildings, that CCTC students have taken part in.

“He had a great relationship with county,” she said. “There was never a time when we went to him for something and he said ‘No.’ Collins Career Technical Center is a great asset and shows what a great leader Steve was.”

Dodgion said what he will miss most is the students, who he said come in fresh, having chosen to attend the school.

“They want to learn and to watch them grow is pretty exciting,” he said.

He said he seldom attends the Ironton-Lawrence Memorial Day Parade in Ironton, without a past student approaching him.

“That’s probably the most thrilling thing,” Dodgion said. “To run into kids who tell me how the classroom and school helped their life.”

He said CCTC will have about 560 students in the coming school year.

“That’s a big number for us and will be a big year,” he said.

Overseeing the school when they begin will be new superintendent Adam Pittis, the former superintendent of East Guernsey schools, who starts on the job next week.

“He was well recommended and I think he will do a good job,” Dodgion said.

As for his immediate plans after this week, Dodgion jokes they consist of “nothing.”

“I’m going to enjoy my free time for now,” he said. “But I’m sure there will be another opportunity to contribute down the road.”