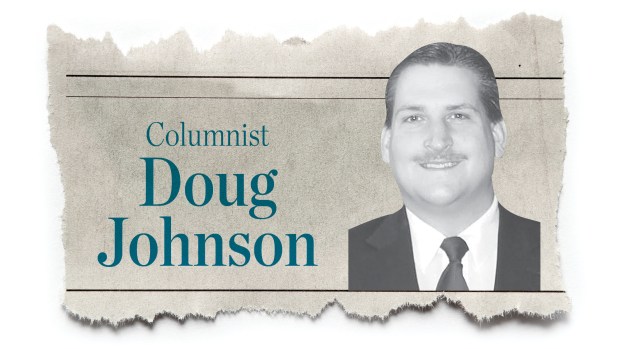 A few years ago, Pastor Chuck Swindoll told the story of Yussiff, the Terrible Turk.

He was a 350-pound wrestler who won the European wrestling championship two generations ago.

He then came to this country seeking other continents to conquer. Here, he found a wrestler named Strangler Lewis, who was the American champ.

Yussiff promptly challenged him to a contest for the world championship.

When the two wrestlers met, the Strangler found his great potent weapon, that of winding his mighty arm around his opponent’s neck and pressing his bulging biceps on his Adam’s apple until he collapsed from lack of oxygen, useless.

The Turk’s neck was so huge he could not get his arm around it.

Lewis tried hard to strangle Yussiff but he simply would not cooperate.

Lewis weighed only 200 pounds and with his one weapon gone he was helpless.

The Turk tossed the American champ around like a volleyball and won the bout.

Yussiff won not only the crown, but along with that he received something of more practical value and much more to his liking, a purse of five thousand dollars, his share of the gate receipts.

Yussiff loved money and he loved to possess it in its most tangible form, so he demanded his pay in U.S. gold, which he crammed into a money belt and strapped it around his huge waist. Thus, attired in glory and gold, he sailed on the S.S. Burgoyne.

Part way across the Atlantic, the Burgoyne sank.

Yussiff went over the side with his gold still clasped around his body. The added weight was too much for even the Terrible Turk to keep afloat and before the sailors in the lifeboats could reach him, he plunged to the bottom like an anvil and was never seen again.

Jesus taught in Matthew 6:19-21, “Do not lay up for yourselves treasures on earth, where moth and rust destroy and where thieves break in and steal; but lay up for yourselves treasures in heaven, where neither moth nor rust destroys and where thieves do not break in and steal. For where your treasure is, there your heart will be also.” (NKJV)

Yussiff received all of his reward in this life because he was a vain fellow and kept his treasure close by his side. In the end, it was his treasure that killed him.

Having a lot of money is not a sin, in fact I know many Christians who have been blessed financially by God.

What messes some folks up is when they begin to seek gold instead of seeking God.

Money can buy a bed, but not sleep… books, but not brains… a house, but not a home… medicine, but not health… companions, but not friends.

Look around and ask yourself, “Where is my treasure?”

Jesus taught that where our treasure is tells a lot about where our heart is.
Rev. Billy Graham once said, “If a person gets his attitude toward money straightened out, then almost all other areas of his life will be straightened out.”

There’s a lesson to be learned from the Terrible Turk’s fate: the things that we hold closest to us are a good indication of what is most important to us…and if we are holding on to the wrong things, they will cost us our souls.

Live in such a manner that when your life comes to an end, you will have no reason to look back and have nothing weighing you down!