Doug Johnson: A life of sin darkens the soul… 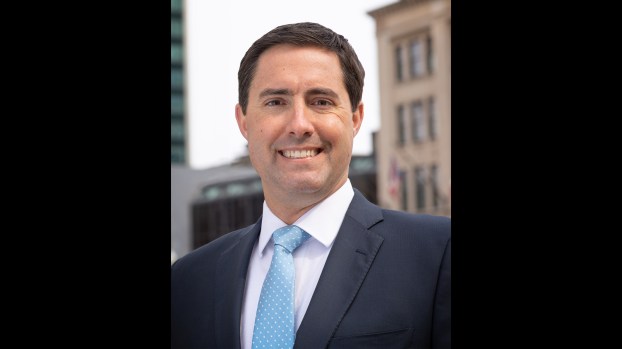 Frank LaRose: Why we should remember Sept. 11

It’s hard to imagine what started as a normal day in September would end in devastation, loss and a nation glued to their televisions watching countless replays of the attack — frozen in fear of what could happen next.

Not since Pearl Harbor had our nation seen the evils and tragedies of war firsthand. We saw a reality that was hard to swallow or even comprehend. The Falling Man. The dust-filled faces. The firefighters’ homing beacons, chirping like crickets on a warm summer night.

Despair. Rage. We felt it all. And we were still left with a burning question — “why did they attack us?”

When I became a soldier years before that fateful day, our drill sergeants pounded the Soldier’s Creed into our heads until we could recite every word. One of the lines in that solemn pledge states, “I am a guardian of freedom and the American way of life.”

Freedom and the American way of life.

As proud Americans, these are the ideals that are greater than partisan differences, ethnic or religious backgrounds, and unite us in a common ethos. They’re sown deep within the roots of our nation, shape our identity and can bring us closer together — especially in our darkest moments.

Because this way of life is all we’ve known as Americans, it’s hard to fathom that there are places where freedom and democracy are something to be reviled, not revered. During my time serving as a Green Beret in places like Iraq and Kosovo, I stood guard as men and women risked their lives to do something too many of us take for granted, simply cast a vote. In these places the same purple finger used to signify a voter had cast their ballot also marked that person as a target for terrorists. That’s how much they hated the very concept of freedom.

It was that same hatred that drove 19 evil men to commit the atrocity we all witnessed on the morning of September 11th. But it’s what we did next that mattered. While terrorists wanted to cripple our nation, instead they saw how strong we really are. In the days following, we stood united, resolute in the face of evil to defend our cherished way of life. We saw neighbors helping neighbors, acts of heroism by our first responders, and we saw that American way of life shining through the clouds of dust and debris.

On this 20th anniversary of 9/11, it’s perfectly reasonable that many of us are looking for some sense of closure. However, in light of the mismanaged retreat from Afghanistan and the gross failures in leadership at the highest levels, closure may be hard to find. The constant noise and endless news cycles have left some veterans of the war in Afghanistan wondering if their service mattered.

What will never be lost is the work done by my brothers and sisters in arms since that fateful morning. As soldiers, sailors, airmen and marines, we saw our objective clearly — find the threats and eliminate them before they reach our shores. That mission was carried out with the swift professionalism we have come to expect from the greatest fighting force on Earth. Those service members can take pride in knowing their work kept Americans from feeling the same pain we felt 20 years ago.

As our social media pages fill with messages to “#NeverForget”, we must work to actively live by that promise. Remember the thousands lost on Sept. 11 and those lost in the fight to prevent another attack – and talk to the young people in your life about it.

At the same time, recall the sense of unity we felt in the days and months following the tragedy. As a nation we sorely need a renewal of that unity around our common ethos. We must reject the politics of outrage and division and instead foster a purposeful restoration of the civic life of active citizenship which sustains our cherished way of life. Together, we can take pride that our American way of life endures and work toward this common purpose.

Frank LaRose is the secretary of state for Ohio.